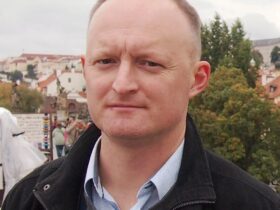 Today marks the 40th day of Azerbaijan’s war in Karabakh against Armenia for the liberation of the occupied lands. Two regional powers of Russia and Turkey with their stances on the war are playing a pivotal role.

Russia with a neutral position on the conflict in its backyard has so far contributed to the fair resolution of the problem. The Russian leader’s latest statement on the war in the South Caucasus once again underlines the previously adopted strategic course of balance and strict neutrality.

As the war continues on Karabakh, Moscow needs to solve two tasks to remove Pashinyan and not lose influence over Azerbaijan. The main value and political core of relations is the Putin-Aliyev system. If there is a political aggravation between Russia and Azerbaijan, the current socio-economic space of Russia in Azerbaijan will be filled by a group of other countries. It will be very difficult to win back positions. Business will suffer on both sides, Azerbaijan will freeze its investments in the Russian economy and will engage in increased import substitution of agricultural supplies (sugar and grain from Russia), while reorienting exports. It will be difficult, but possible, Russian expert Aleksandr Korovayev thinks.

Given such a possible crisis between Baku and Moscow may cross the temporary boundaries of a military campaign, the consequences will be deeper. Therefore, Putin will maneuver as carefully as possible. The loss of Ilham Aliyev as a partner will seriously hit the balance of power within the CIS.

The weight of Azerbaijan in relations between the countries of the CIS is significant enough to complicate the already difficult processes of tightening the common space. There will be a significant split in the Caspian and Central Asian nations. Belarus President Alexander Lukashenko, like the Central Asian Turkic countries, will also continue cooperation with Baku, given that Azerbaijani oil supplies are the main alternative, primarily for Minsk.

Finally, it is obvious that with Russia’s withdrawal from Azerbaijani projects, Baku’s Turkish, Israeli, European and Chinese partners will replace it quite calmly. It is for these reasons that the conflict and the very assistance provided by Russia to Armenia will continue to be hybrid.

Amid the ongoing war, pundits are comparing potentials of Azerbaijan and Armenia and the outcome seem absolutely catastrophic for the latter.

Azerbaijan’s potential military manpower 514,000 Against Armenia’s 127,000
Having provoked a new Karabakh war, Armenia, where the economic decline has been observed for a long time, has plunged all vital spheres of the country into a final crisis. Today Armenia is not only losing to Azerbaijan on the battlefield, but also significantly lags behind Azerbaijan in the social sphere and related areas of life. In particular, demographic problems have worsened in Armenia.

Over the last decade, there has been a massive outflow of the population abroad from Armenia. In general, from 1991 to 2019, some 1.2m people emigrated, which is a third of Armenia’s population. Against the background of such a deplorable situation, the birth rate is falling from year to year and the death rate is growing.

Armenia Is On The Dangerous Brink, When Death Rate Exceeds Birth Rate
Last year, T. Harutyunyan, the representative of the United Nations Population Fund for Armenia, admitted that his country faced a demographic crisis and even approached the dangerous brink when the death rate exceeds the birth rate. Harutyunyan especially stressed that due to the difficult socio-economic situation, young families do not want to have children, and the number of those wishing to start a family is rapidly decreasing.

The economic losses in the amount of 3-4bn dollars (almost a third of GDP), which Armenia has already suffered in the ongoing war with Azerbaijan, give reason to believe that the socio-economic situation in this country will worsen even more in the near future. According to experts, Armenia will need at least 10 years to cover these financial losses due to military operations.

As for Azerbaijan, the government’s consistent policy, aimed at ensuring socio-economic development, has long proved its efficiency in the social sphere. In the first six months of 2020 alone, about 60,000 newborns were registered in Azerbaijan. The birth rate in the country is twice the death rate. In addition, over the past six months, the number of people who arrived to live in Azerbaijan was 2.2 times higher than the number of people. The positive migration balance was 446 people.

In general, over the period since the establishment of independence, the population of Azerbaijan has grown by 3m and exceeded 10m. In Armenia, on the contrary, since the beginning of the 1990s, the population has decreased from 3.6m to 2.9m, and experts predict that this figure will continue to decline.
The mobilization capabilities of the Azerbaijani Armed Forces today also significantly exceed the capabilities of Armenia.

As you know, the social factor significantly affects the material well-being of the population, the assistance provided by the state. Armenia lags behind Azerbaijan in terms of the volume of social payments, and is also one of the last in the CIS in terms of this indicator.

The labor market in the country that is currently at war with Azerbaijan is also in decline. The unemployment rate in Armenia today is 20%, and the poverty rate has exceeded 30%. In Azerbaijan, these figures were 6.9% and 5%, respectively. In addition, although employment programs are introduced in Armenia every year, due to lack of funding, they are implemented by a maximum of 25 percent.

Over recent years, not only has there not been an increase in the sphere of social payments in Armenia, but, on the contrary, difficulties with payment of these benefits have been growing. In Azerbaijan, only last year, a revolutionary social package was implemented, which covered 4.2m people.

For 10 months of 2020, our country provided social payments in the amount of AZN4.78bn, which is AZN890.9m (22.9%) more compared to the same period last year. In other words, the volume of payments to the population in Azerbaijan only in the social sphere – pensions, benefits, targeted social assistance in the amount of AZN4.78bn – is almost equal to the overall state budget of Armenia. This shows how much more powerful the economy of Azerbaijan is in comparison with the Armenian economy.

And in such catastrophic circumstances for any country, for the sake of its occupation policy, Armenia continues to send its soldiers to die for foreign lands, demonstrating complete indifference to the life of its citizens. At the same time, the Armenian authorities do not envisage the implementation of such social programs for the families of dead soldiers as pensions, the provision of apartments, cars, etc.

And lump sum payments to the families of dead servicemen are deducted from the income of the working-age population – in order not to burden the already frail budget of the Armenian state, the working population is forced to make additional insurance contributions to the fund created for this.

In Azerbaijan, the state provides families of servicemen who became martyrs and war invalids with social benefits and pensions, as well as monthly presidential pensions, housing programs are being implemented for families of martyrs and war invalids. At the moment, 8,300 apartments and private houses have been provided to this category of citizens.

In addition, this year alone, 6,914 vehicles were handed over to disabled veterans and similar categories of citizens. Additional payments are added to the labor pension of members of martyr families, and when receiving paid education, children from families of martyrs, war invalids and their children are provided with tuition fees allocated from the state budget. The country’s legislation also provides for a number of benefits for members of families of martyrs and war invalids.

All the figures presented clearly show the constant attention of the state to the social state of the population in Azerbaijan and the social troubles of the occupying country of Armenia. 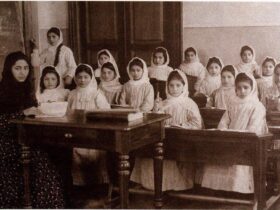 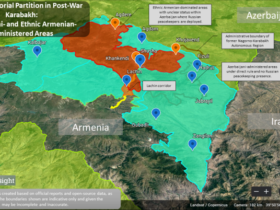 How to go on? Observations on post-war-realities in Azerbaijan, Armenia and Karabakh 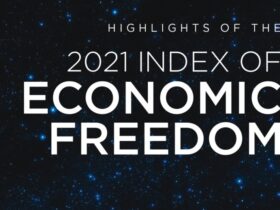