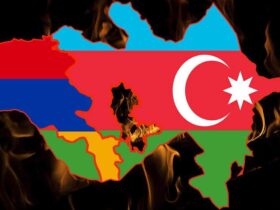 Interview with the Irish historian and Caucasus Expert Dr. Patrick Walsh on the current armed conflict between Armenia and Azerbaijan

What are the real reasons for the current escalation? Would the war have been avoidable?

The second Karabakh war was probably unavoidable. Such an injustice and moral blow was dealt to the Azerbaijanis in the early 1990s by the Armenian take over of Karabakh and subsequent occupation of nearly a fifth of Azerbaijan, that a response was inevitable one day. The ethnic cleansing of around 750,000 Azeris, the massacres at Khojaly and other places, by the Armenians, compounded the enormous hurt inflicted by the territorial loss on Azerbaijan. The mistake the Armenians made was that their victory was too complete and they proved incapable of trading land for peace as the first Armenian leader, Ter-Petrosyan, wanted to do. He knew the problems, including isolation, that the failure to do this would bring to Armenia, but he was ousted when he attempted a settlement. After that the Armenians obstructed every effort made for a diplomatic solution and their attitude to any compromise actually hardened, both in the occupied territories and in Armenia itself. The sheer intransigence of Armenian nationalism left the Azeris little option but to accept their humiliation or attempt to regain their territory by armed force one day. For this eventuality they developed their economy, improved their military capacity and prepared a plan of campaign utilising the latest military technology. But first they put their faith in the Minsk Group and International Law to right the wrong they had suffered without resort to war.

In your view, what responsibility does the Armenian leadership under Nikol Pashinyan bear for the dramatic worsening of the situation?

The new Armenian Prime Minister, Nikol Pashinyan, was undoubtedly the trigger for the second war. He came to power in a Colour Revolution against the Karabakh Clan who had dominated Armenian politics since the victory in 1994. Pashinyan unbalanced Armenia through his promise of reform and peace which he retreated from when he met with opposition from the former ruling elite. Pashinyan decided to save himself by attempting to outflank the opposition by becoming a bellicose nationalist and out Karabakhing the Karabakh Clan. He did this to save himself and to avoid the fate of Ter-Petrosyan. So Pashinyan proceeded to engage in a series of provocations that effectively detonated the conflict. These included, among other things, promising “new wars for new territory” signalling a further advance into Azerbaijan’s territory; holding illegal elections in the occupied territories; demanding representation for ‘Artsakh’ in the peace negotiations, effectively ending them; and bombarding Azerbaijan with artillery at Tavuz in July, inflicting military and civilian casualties. This led to a popular upsurge of anger that was directed against the government in Baku for its seeming inaction. The Aliyev government could not respond effectively to the Armenian military provocation because it took place on the national border between the two countries, rather than the line of contact with the occupied territories, inviting a potential Russian intervention if its ally, Armenia, was counter-attacked. But the writing was on the wall for Pashinyan and when the Armenians mounted more military attacks in September the war kicked off. It seems that the reckless Pashinyan over played his hand with disastrous consequences.

For almost 28 years, the OSCE Minsk Group with Russia, USA and France are unsuccessfully attempting to resolve the Nagorno-Karabakh-conflict by peaceful means. Why did these efforts fail so far?

The OSCE Minsk Group failed because its makeup was always weighted against Azerbaijan. Russia, France and the US chairs all had various degrees of Armenian influence upon them within their societies that made them unlikely to engage in meaningful action against the Armenian occupation, despite  International Law supporting the Azerbaijan position. They therefore went through the motions of peace making for over two decades and tolerated the Armenian prevarications and refusal to engage in meaningful negotiation toward a settlement. It was probably believed that Azerbaijan would never risk a military operation to liberate their territories and it would be stopped in any case. That proved a mistaken assumption and it only increased Azerbaijan’s frustration, resulting in a decline in faith in the Minsk group. It also emphasized the unfortunate fact that International Law is impotent without the use of force. In the end, because the international community failed to deliver, it took Azerbaijani military action to provide the impetus to implement International Law and the four UN Security Council Resolutions of 1993. The war and peace deal have really made the Minsk Group defunct now and Russia and Turkey are the new powerbrokers. If the US and France had planned to guide the “Artsakh Republic” gradually and stealthily to independence that objective has been destroyed.

To what extent will Armenia’s military defeat affect Russia’s dominant power position in this country?

Armenia’s defeat will probably strengthen Russia’s hold over the country, at least in the short term. Prime Minister Pashinyan had flirted with the West and this was a bad mistake. Russia, in the final analysis, is the only reliable support Armenia has in the region. Historically Tsarist Russia made an Armenian state possible through its colonisation policy that concentrated the dispersed Armenian population around Yerevan as frontiersmen. Bolshevik Russia saved Armenia in 1920 from complete collapse after the disastrous Dashnak mismanagement of the state. President Putin would have not been amused by Pashinyan’s Colour Revolution and his subsequent courting of the West. The Russian President would have determined to let Pashinyan suffer the consequences of his provocations and ignore pleas for assistance when he triggered a war in Russia’s backyard and then started to suffer serious defeats. After Armenia shattered two Russian brokered ceasefires by bombarding Azeri cities, Putin bided his time knowing that a rescue of Armenia from itself, at the right moment (such as the fall of the strategic centre, Shusha) would put the country firmly back in Moscow’s pocket. The Russians were able to implement the Lavrov Plan, the essence of which was that there would be a phased withdrawal by Armenia from the occupied territories around Nagorno-Karabakh, and a Russian peacekeeping force in the region guaranteeing the security of the Karabakh Armenians. This had been resisted by the Armenians before the war in favour of making the much larger “Republic of Artsakh” permanent. But now the Lavrov plan has been imposed on a more favourable basis to Azerbaijan, with a third less territory left to the Armenians. This has frustrated the aims of France, the US and some Europeans who desired a multilateral solution to the conflict and an international peace agreement. Paris and Washington were rendered impotent by the sudden appearance and acceptance of the Russian plan. Armenia is now totally dependent on Russia’s goodwill, having used up its Russian supplied armed forces and decimated its Russian-subsidised economy by provoking its neighbour. And what’s left of ‘Artsakh’ is a small protectorate of Russia, completely dependent for contact with Armenia on Russia and for its continued existence on Moscow. Azerbaijan controls the key strategic centre of Karabakh, Shusha, which is recognised on all sides as the key to controlling Karabakh.

According to the agreement reached on 10.11.2020 the Russian peacekeeping forces are to be deployed in some parts of Nagorno-Karabakh to ensure the security. What do you think of this mission? What does this development promise for the entire region?

The fairly small Russian peacekeeping mission (under 2000) is primarily there to secure continued Moscow influence in the region. The rump of Nagorno Karabakh, the territory it will operate within, is of little interest to Russia in itself. It is the leverage the Russian military presence can exert upon Yerevan and Baku that gives it significance. If Russia had chosen to support Armenia earlier in the war it could have lost all influence over Azerbaijan. If it had waited for a total rout of the Armenians (which was imminent) it risked a very dangerous situation in which Armenia collapsed and Russia could not pick up the pieces of the state containing its military bases. Russia’s long term objectives in the remnant of Karabakh are unclear. But it will be there for five years at least exerting strong influence over the actions of both Armenia and Azerbaijan. There is naturally hostility toward the Russian presence in Azerbaijan but Moscow’s forces can certainly be useful to Baku in the short term. Russia, in moving in to maintain geopolitical influence, has also taken on responsibility and it will probably be blamed by both sides if things start to go badly wrong. The Russians have committed themselves to managing the Armenian defeat and withdrawal from the occupied territories. Over the next month Russia has agreed to facilitate this rapid Armenian withdrawal from the Azerbaijani regions Armenia has held for nearly three decades. There are hundreds of Armenian settlers in these areas who might put up resistance. Azerbaijan has gained Lachin, Kalbajar and Aghdam without having to sacrifice blood and treasure to win them. The peace plan saved Azeri forces from having to assault Stepanakert which would have been bloody and difficult and perhaps turned into a Sarajevo, damaging Azerbaijan’s international reputation. The illegal Armenian settlers and their settlements will now be ushered out of the Azerbaijan provinces by Russian power and influence while Azerbaijan can concentrate its resources on re-homing its internally displaced people on lands, many of which have been won without a fight. At the same time the Russian forces will form a ring around the Armenians remaining in the rump of Nagorno Karabakh, with the armed forces of Azerbaijan in an outer ring around them. Any Armenian resistance to the deal will have to be directed at Russian forces. One unexpected development of the war has been a second corridor forming an overland between Azerbaijan and Nakhchivan. For the first time in 30 years there’s going to be a direct road connecting Azerbaijan and Nakhchivan, and Turkey, as a consequence. This has the potential to develop into the busiest transport artery in the Southern Caucasus with Russia-Azerbaijan-Turkey trade going through a slice of Armenian territory, protected by the Russian forces. So Azerbaijan has gained direct access to Nakhchivan and Turkey in the most important geopolitical outcomes of the war. It is difficult to predict the prospects for the region in the longer term. If Armenian nationalism can be chastened, after it absorbs the enormity of the defeat, increased stability could be possible through the Russian/Turkish security partnership. However, instability in Armenia and further reckless behaviour perhaps encouraged by the geopolitical enemies of Russia and Turkey (who are many) might unravel the whole settlement and ignite a more limited form of conflict that could persist for years. 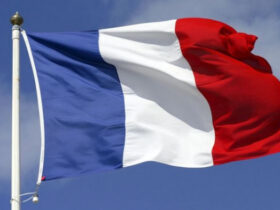 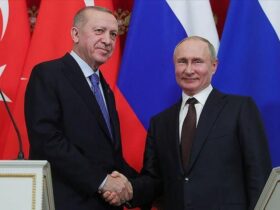 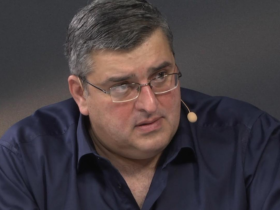 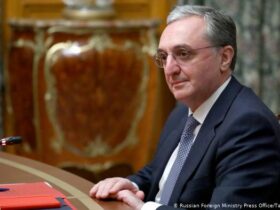