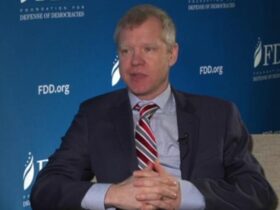 Armenia, Azerbaijan and Russia have hammered out a deal to end the war in Karabakh on the 44th day.

Armenian Prime Minister Nikol Pashinyan described the deal “incredibly painful both for me and both for our people” but signed despite the heaviest conditions following the bitter defeat on the battlefield when the Azerbaijani troops are less that 10 km away from the regional capital of Xankandi (Stepanakert).

The peace deal took effect on November 10 at 0100 local time after it was signed by the two warring sides and the sponsor – Russia in a video-conferencing meeting without the Armenian prime minister.

Under the new deal, Azerbaijan will keep areas of Nagorno-Karabakh that it has liberated during the war and Armenia has also agreed to withdraw from several other adjacent districts in weeks to come.

In a televised online address, Russian President Vladimir Putin said that 1,960 Russian peacekeepers would be deployed to patrol frontlines. Turkey will also take part in the peacekeeping process, Azerbaijani President Ilham Aliyev, who joined President Putin during the address, said though no mention of Turkey in the 9-point document.

The agreement envisages an exchange of war prisoners, with “all economical and transport contacts to be un-blocked”.

Armenian PM Pashinyan said that his decision was based on “deep analyses of the combat situation and in discussion with best experts of the field”. “This is not a victory but there is not defeat until you consider yourself defeated,” Mr Pashinyan said.

President Ilham Aliyev said the deal is of “historic importance,” and amounted to Armenia’s “capitulation”, adding that the document heralds that the occupation of Azerbaijani territories is coming.

Calling the signing of the statement a historic moment, the president expressed confidence that this would be conducive to achieving long-term peace and put an end to bloodshed and confrontation.

“This is a triumph of norms and principles of international law,” the Azerbaijani leader opined, thanking Russia’s strongman for his active involvement in the settlement of the conflict. President Ilham Aliyev also thanked Turkish President Recep Tayyip Erdogan for his active participation in the political settlement. He added that one of the points of the agreement is the joint peacekeeping initiative of Russia and Turkey. “I sign the document with a feeling of joy and pride,” the president added.

Initially it was planned to sign the deal in the format of a video conference with the participation of the leaders of the three countries, however, at the last moment Nikol Pashinyan refused, Ilham Aliyev said, opining that “this is understandable, since this document means military surrender for him”.

“This statement is our glorious victory,” Aliyev said. Under the deal, Agdam, Kalbacar and Lacin districts will shortly be vacated by the Armenian army and come under Azerbaijan’s full control.

The president also underscored the importance of an item providing for the provision of land communication between Azerbaijan and its exclave Naxcivan.

To recap, Ilham Aliyev drew attention to the fact that there is no mention of any status of Nagorno-Karabakh in the text, recalling that Azerbaijan’s autonomy offer to Nagorno-Karabakh was rejected by Yerevan.

On November 10, President Ilham Aliyev and Turkish President Recep Tayyip Erdogan on the phone discussed the Karabakh situation and the latter congratulated each other for “brilliant victory in the Karabakh war”.

The Azerbaijani and Turkish presidents said that the two friendly and brotherly countries and peoples will continue to stand by each other. The sides hailed the establishment of a Turkish-Russian peacekeeping center to monitor the ceasefire and expressed confidence that this center will contribute to ensuring lasting peace in the region.

USA & France uninvolved in preparation of Karabakh deal – the Kremlin

“The USA and France did not participate in the preparation of the agreement on Karabakh. This is a trilateral statement of Russia, Armenia and Azerbaijan,” the Kremlin spokesman Dmitry Peskov said.

“This is a trilateral statement,” said the press secretary of the Russian president, answering a question about the participation of the United States and France in the preparation of the Karabakh agreement.

1. A complete ceasefire and a cessation of all hostilities in the zone of the Nagorno-Karabakh conflict shall be introduced at 0000 hours Moscow time on 10 November 2020. The Republic of Azerbaijan and the Republic of Armenia, hereinafter referred to as the Parties, shall stop at their current positions.

2. Agdam district and the territories held by the Armenian Party in Qazax district of the Republic of Azerbaijan shall be returned to the Azerbaijan Party before 20 November 2020.

3. Along the contact line in Nagorno-Karabakh and along the Lacing corridor, a peacekeeping contingent of the Russian Federation shall be deployed in the amount of 1,960 military personnel with small arms, 90 armored personnel carriers, 380 units of automobile and special equipment.

5. In order to increase the effectiveness of control over the implementation of the agreements by the Parties to the conflict, a peacekeeping center shall be deployed to exercise control over the ceasefire.

6. The Republic of Armenia shall return Kalbacar district to the Republic of Azerbaijan before 15 November 2020 and Lacin district before 1 December 2020, while retaining the Lacin corridor (5km wide), which shall provide a connection of Nagorno-Karabakh with Armenia and shall not affect the city of Susa. By agreement of the Parties, a plan for the construction of a new route along the Lacin corridor shall be determined in the next three years, providing communication between Nagorno-Karabakh and Armenia, with subsequent redeployment of the Russian peacekeeping contingent to protect this route. The Republic of Azerbaijan shall guarantee the safety of citizens, vehicles and goods traveling along the Lacin corridor in both directions.

7. Internally displaced persons and refugees shall return to the territory of Nagorno-Karabakh and adjacent districts under the control of the United Nations High Commissioner for Refugees.

8. The exchange of prisoners of war and other detainees and bodies of the dead shall be carried out.

9. All economic and transport links in the region shall be restored. The Republic of Armenia guarantees the safety of transport links between the western regions of the Republic of Azerbaijan and the Naxcivan Autonomous Republic in order to organize unhindered movement of citizens, vehicles and goods in both directions. Control over transport shall be exercised by the bodies of the Border Guard Service of the Federal Security Service (FSB) of Russia. By agreement of the Parties, the construction of new transport communications linking the Naxcivan Autonomous Republic with the western regions of Azerbaijan shall be provided.