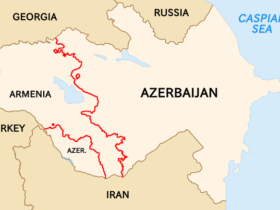 When historians start debating about war- and post-war-situations this kind of discussion usually leads to long-term-discourses that are very likely to become a standard-opinion which, in the end, is not questioned anymore by anyone. This has to do with the simple fact that social-sciences and history are good tools to prevent us from forgetting about the past. Unfortunately, however, pre-made research can also stop us from individual thinking about events that we have not experienced personally.

In fact we have mostly been told about those events of the past and, thus, the opinion we express is a mixture of personal consciousness of (in-)justice and compassion with those who told us about their biography. In Europe such a process usually can be observed in reference to the time between the two World-Wars that some of our older relatives went through. However, those relatives and family-members would describe their situation using the words “back then” or “when I was young” or “in my childhood”. So there is definitely a distance between today and the time they refer to in their accounts.

However, not everyone talking about war, missile-attacks or corpses lying on the battlefield, is in the situation of recalling those pictures with some years of distance between “now” and “then”. In a lot of cases war-scenarios are so close to our present days that soldiers, victims or even eye-witnesses cannot even talk about their impressions without having a flashback in which old wounds are opened again. The smaller that distance between the past and the present is, the more difficult it will be for the persons concerned to describe the terror and the fear or even to anticipate a possible future for their homeland they often had to leave.

The case of Karabakh reveals another dimension of complexity that in other historical context does not seem to be given at all. Karabakh itself, basically, although it belongs to Azerbaijan physically and politically, is populated by Azerbaijanis as well as by Armenians. Both ethnic groups lived there, both of them called it “their” homeland and both groups’ members connect their personal memories with that territory. However, the new political reality, that Azerbaijan expelled Armenian soldiers from there but Armenian civilians still live in the area, reveals new questions about a possible future of the region. Talking about infrastructure, new highways and re-opening schools is one side of the problem. The other side is the peaceful co-existence of civilians of both nationalities living next door to each other. A possible answer to this question as well as a more detailed description of the current conditions and the political debate in both countries will be the topic of the following analysis. In addition possible perspectives of a mutual political approach and a reconciliation on a civil level will be discussed.

As a first step a new political reality needs to be pointed out: Karabakh officially is Azerbaijan. Also the city of Xankendi (former “Stepanakert”) is under Azerbaijani control again. This became actually possible thanks to the help of Russian “peace-troops” whose task ,basically, was not just “restoring peace” on Azerbaijani ground. These troops were also a support for the peaceful deconstruction of former Armenian structures in administration, transports and schooling. At the same time further harm to civilians was meant to be avoided by not leaving Armenians and Azerbaijanis unsupervised directly after the fights around Xankendi that, in fact, is considered the capital of the whole region.

Why is it actually so important to clarify that Karabakh, as a whole, is in Azerbaijani hands again? The justification is based on another observation of European media. Western newspapers and broadcasts still tend to use the former Armenian names although, for the cities in question, Azerbaijani names existed long before. The fact that big newspapers and magazines still use the Armenian denominations shows clearly that they are either not willing or not capable of accepting those new realities in Karabakh. They still try to make the European reader believe in a temporary phase of Azerbaijani predominance that, one day, might come to an end.

The political conditions, however, look different: Russian troops are still there to observe the area and  Armenia’s inner situation aggravated pretty quickly after the negative result of the war. The government of Nikol Pashinyan lost its reputation. Especially young people who were no longer willing to “fight a senseless war” had gone out to the streets to raise their voices. Azerbaijan’s president Ilham Aliyev also stated several times that no conditions but his were valid for a possible reconciliation-process. In addition to that icy political climate between Yerevan and Baku, Russia, at least officially, supports the territorial integrity of Azerbaijan.

Meanwhile, Armenia’s prime-minister Nikol Pashinyan is questioned from all possible sides in this conflict. His own citizens question the prime-minister’s authority because of the loss of Karabakh, Russia’s president Vladimir Putin doubts that Pashinyan and his ministers will be loyal and reliable partners to his country and  Azerbaijan’s president Ilham Aliyev does not see any basis for negotiations, now that the national aim of getting Karabakh back, is reached. The basic situation is,thus, that Karabakh is not a “territory in question” anymore but, de facto, belongs to Azerbaijan.

Anyway, the realities on the territory itself  open up a new question that contains a lot of aspects in economy, population, traffic and infrastructure. All these problems must be negotiated between the governments of the two countries. The basic question is: HOW TO GO ON? For many reasons it is, definitely, not possible to keep up a constant silence between the two neighbor-countries.

For example, the fact that inhabitants of both nationalities consider one and the same area “their home”, is such an issue. In case of a re-settlement of various families coming back from Azerbaijan or Armenia, where they fled to during the conflict, an agreement of peaceful co-existence should be the aim in perspective. Needless to say that also schooling, trading and transport will take place between the two countries and, as a geopolitical reality, other neighbors like Russia and Iran will be involved in questions of product-delivery and personal traveling.

This idea had also found its reflection in the discussions about the “corridor of  Lachin” that was supposed to be used as an important traffic-road between Armenia and Azerbaijan. The same issue came up during the planning of a railway between Russia and Iran that would run through the two Caucasus-countries as well.

In the  time before summer 2020 when the conflict became a real war, some artists actors and scientists had tried to organize several meetings between young people from both sides of the border. Those initiatives, however, unfortunately never found a public echo in official media or  were simply not well-attended enough to be mentioned in a bigger context. On  a small level people tried to get in touch with each other to reflect on a more peaceful future. Those efforts could have been a good start or even a good step-up for official negotiations.

But getting back to the round table, in fact, was not an option for politicians anymore. For Armenia’s former president Serge Sargisyan negotiations appeared to be a waste of time because he considered the occupation of seven districts (situated on Azerbaijani territory) a matter of historical justice for Armenia. He justified this with different myths of Armenia’s painful past.

For Azerbaijan, however, the situation was much more contradictory because on the one hand Karabakh was definitely not part of Armenia. On the other hand,though, Ilham Aliyev did not want to start a fire because of the consequences such a step would have entailed in the eyes of the western world. Azerbaijan had, officially, built up a positive reputation as a tolerant and open-minded country where different ethnic and religious groups were said to live in peace together.

This was actually true when talking about the diversity of people inside the country. In big cities mosques, synagogues and churches stood (and still stand) next to each other In Karabakh, however, a war would have entailed criticism towards Azerbaijan and doubts about officially declared tolerance and equality.

When later on, in summer 2020, war was a reality, European and (in parts) Russian media worked with a vicious strategy: Azerbaijan- the Muslim aggressor, Armenia- the Christian victim.
About thousands of innocent civilians that died on both sides on different occasions only a little amount of journals and newspapers really talked/wrote more openly. One formula used pretty often in this context was: “Azerbaijan and Armenia are blaming each other for…” But this already seemed to be the clearest way of differentiation. In longer interviews, articles or documentaries nearly no word was said about Azerbaijani victims, Armenian aggressions or the civil efforts from both sides to make politicians act responsibly for both of their nations. The media, in turn, also seemed to take just a one-sided look at the situation as well so that no reader or no TV-spectator had the chance to listen to both sides. So, how could a public (not involved into the war) have formed an opinion about this conflict and have justified their view in a reasonable way?

In conclusion, it is very visible that, despite the victory of Azerbaijan in Karabakh, the conflict is still not set. New plans of building up infrastructure, introducing homeland-tourism or even rebuilding cities and villages are still being put into practice. On the level of civil co-existence people will need to find ways to get together and to approach to each other in a way beyond war, hatred and historically justified demands against one another. Some of these steps could be taken in a very short time, no doubt. However, the actual process of re-gaining peace and keeping it on a long-term- view is what will take years if not even decades. A prognosis on the development of Karabakh , in many points, can just be given insofar  that the area needs to be “built up” again. Not only referred to houses, streets and cities this idea seems to fit. In the peoples’ hearts there are traumatic experiences of war, expulsion and destruction. These wounds need to heal. If politicians and their actions can contribute to that re-convalescence is still unclear. For Azerbaijan  the “aims of the nation” are reached now and a part of the population will certainly be satisfied. For the moment, however, nobody is able to predict how long a potential reconciliation-process will take. Between the governments hardly any communication is taking place and between the populations of both countries grief, chauvinism and the idea of revenge are complicating any attempt to keep in touch with each other. The only chance civil populations of both countries might have in the future is to get aware of two truths: that a war always costs the blood of many innocent people and that all mothers mourn their fallen sons in the same language.