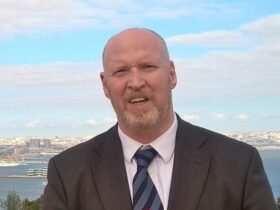 Late at night on October 25, Azerbaijani President Ilham Aliyev in a tweet broke the news of recapturing Qubadli town and dozens of villages of newly-freed districts of Zangilan, Cabrayil and Qubadli that were under the Armenian control for nearly 30 years.

The aggressor is losing control over the illegally controlled Azerbaijani territories one by one, and the picture that emerges after liberation is devastating and shocking since private houses, public buildings and properties were destroyed and remained such. Amid victorious advance of the Azerbaijani army towards the occupied lands, at midnight on October 26, news that emerged stated that a humanitarian cease-fire was brokered through the mediation of the U.S. State Department.

Towards midnight, unexpectedly, two strange messages arrived through diplomatic channels. First, the US State Department issued a statement on another agreement between the Foreign Ministries of Armenia and Azerbaijan, with the mediation of the Americans, on concluding a new humanitarian agreement. This was followed by an urgent statement by the Minsk Group co-chairs on the need to resume the humanitarian truce in accordance with the Moscow agreement, as well as to revive substantive negotiations on the final settlement of the Karabakh conflict, Haqqin.az news website said.

Actually, nothing foreshadowed the signing and announcement of a new temporary ceasefire agreement. Moreover, the State Department’s statement was made a few minutes after goods news from the Karabakh on the recapturing of Qubadli town, a part of Kalbacar and two dozens of villages in plain Karabakh.

The Azerbaijani troops have retaken another city in the plain Karabakh – the town of Qubadli, and came closer to the borders of the separatist Karabakh, the media reported. Though the unexpected intervention of the State Department did not spoil the state of festive euphoria of the Azerbaijani society, which celebrates the de-occupation of the ancestral historical lands that were forcibly taken away more than a quarter of a century ago, it flummoxed us though.

What’s happening? What is behind a storm in a teacup in world capitals? Why are the powers that be so concerned about the successful advance of the Azerbaijani troops? After all, Azerbaijan is implementing resolutions and binding decisions that the powerful of this world should have themselves imposed on the government of Armenia. However, they did not impose it, resigning themselves to the sad status quo for Azerbaijan. At best, respectable politicians and diplomats made a helpless gesture, parasitizing on the absence of proper mechanisms for enforcing peace.

Azerbaijan itself took the initiative, restoring its own sovereignty, state border, clearing its territories from illegitimate and semi-criminal non-state military formations. And for some reason, the leading superpowers, instead of supporting the legitimate measures of the Azerbaijani government, supported by international law, rushed to save the interventionist Armenia.

They began to put pressure on Azerbaijan, demanding the suspension of the anti-terrorist military special operation. This was clearly manifested during the hearings in the UN Security Council, when the permanent members refused to include in the draft statement the previous Security Council resolutions (Nos. 822, 853, 874 and 884) providing for the unconditional withdrawal of the Armenian occupation forces. Unfortunately, the persistent and stubborn position of the non-permanent members of the Security Council, who insisted on including the list of previous resolutions in the text of the statement, was not crowned with success.

What will a new attempt at a humanitarian truce give Azerbaijan? Indeed, literally a few hours after the signing of the agreement, Armenia grossly violated its own obligations by firing rockets on the civilian population of Ganja! Who will guarantee that this time Armenia will not strike the defenseless civilians of Azerbaijan?

As for the principle of determining the parameters of permanent monitoring of the cease-fire regime, reflected in the joint statement of the co-chairs, the introduction of this mechanism directly depends on the process of the conflict settlement. First, the Minsk Group must develop an exact timetable for the withdrawal of the occupation troops from the Azerbaijani territories. Frankly speaking, we note that Azerbaijan’s demand was reflected in the statement. The co-chairs and Armenia agreed to set a time-table for the withdrawal of troops.

Another important factor. In the event of a systemic ceasefire, monitoring should be established over the supply of weapons and manpower to the areas controlled by the Armenian army. In this sense, the co-chairs must clarify and disclose all the details of the functioning of the new mechanism of the systemic ceasefire, which requires hard, intensive work and broad discussions and agreement.

The Azerbaijani government does not trust the peacekeeping statements of Armenian Prime Minister Nikol Pashinyan, who just a few days ago officially stated that there was no diplomatic solution to the conflict. But, after a series of devastating military defeats, Pashinyan began to beg Washington for mercy and urgent intervention. Today, Pashinyan began to calmly talk about his readiness to compromise.

The US State Department announced the signing of a humanitarian truce. However, the Armenian troops are close to violating the ceasefire regime, as after the signing of the Moscow agreement. Apparently, Azerbaijan will continue its military operation. According to the latest intelligence data from the Azerbaijani side, Armenia continues to actively supply weapons to the mountainous part of Karabakh through the Lacin corridor. It remains for us to guess: how many hours will this humanitarian truce last?